Yesterday the mail came and totally disrupted lunch. This was because the  White Sox Kid’s Club packets came.  Each year I sign all the kids up for White Sox Kid’s Club.  For no cost they usually get a poster, some stickers and other White Sox material and 2 ticket vouchers for each kid to attend a select ball game.

Major league baseball has become something pretty hard to attend on our family’s budget.  Thanks to the White Sox, we are able to go as a family once a year on them.

Each year when we get the tickets we then go to the Sox website and make sure that the Sox still have their Dog Day promotion and that it is one of the dates available on the voucher.  Dog Day is when White Sox fans can bring their dogs to the game.  We don’t have a dog, but our girls love to go to that game and generally get to pet a dog or two before the dog’s enter the stadium.  It is also one of the only games, if not the only game where fireworks are not shot off at some point during the game.  Fireworks and dogs are a pretty explosive mix.  My son was pretty skittish about fireworks when he was younger and a no fireworks day was certainly a plus for them.

So today, I took Puppy to to U.S. Cellular field to trade in our vouchers for actual tickets to the dog day game.  We finished her school work on the elevated train ride on the way to the ball park.  We went to the park, which was relatively empty since the Sox are in the middle of a series in Cleveland right now. 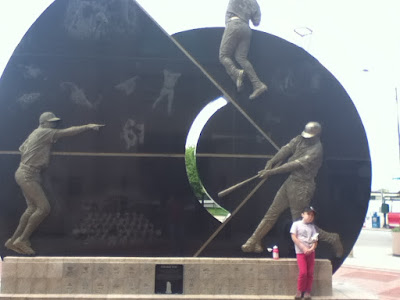 After﻿ we got the tickets, we took some pictures at some of the statues outside the park, including this one which celebrates the 2005 World Series.  As I was taking this picture, I saw a man walking into the park from the parking lot.  It was Jerry Reinsdorf.  When I pointed him out to Puppy as the owner of the White Sox, he stopped walking and waved at us.  I practically melted. 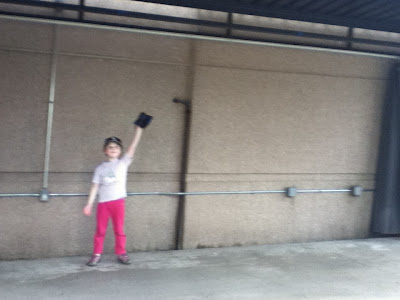 I had packed us a lunch, so we ate and then played a little catch.  ﻿ 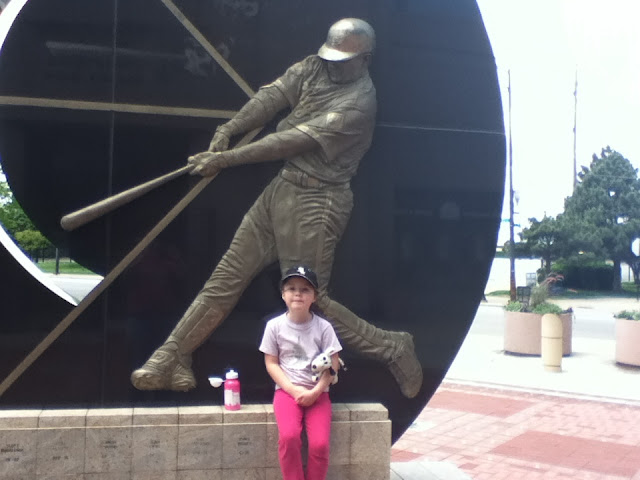 Dog day is in 2 weeks, I hope it’s as special for us as a family as our Daddy, daughter trip was today.